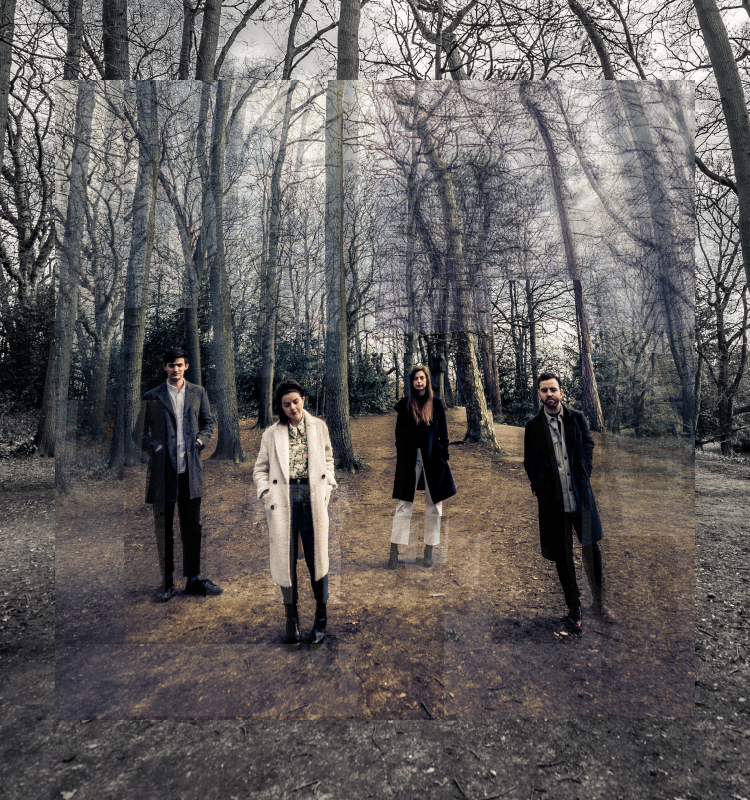 Our debut album: The Four Quarters

Using Thomas Adès’ The Four Quarters as a framework – and featuring several arrangements by the ensemble – this album explores composers’ depictions of night and day and all the moments in between; from the melodious dawn chorus of Cassandra Miller’s Warblework, via Bartok’s earthly and touching portrayal of An Evening in the Village to Kate Bush’s ethereal And Dream Of Sheep.

This concept disc charts the journey from early morning to the depths of night through an eclectic mix of music from baroque to present-day, much of which we’ve arranged for string quartet ourselves. The framework for the album is Thomas Ades’ ‘The Four Quarters’, a piece we’ve worked on extensively with the composer himself. Written in 2010, the work describes the twenty-four hour-period in which the earth completes its rotation on its own axis – not, conventionally speaking, ‘a day’, but an expanse of time. Full of exquisitely imagined textures, beguiling harmonies, rhythmic games and extremes in both pitch and emotion, this seminal work is a giant of the string quartet repertoire. Between Ades movements, we explore a rich mix of music that uses the passing of day as its inspiration. An earthly ground bass by Purcell meets the ethereal ‘And Dream of Sheep’ by Kate Bush, whilst the melodious dawn chorus of Cassandra Miller’s ‘Warblework’ is answered by chirping crickets on the Hungarian plains of Bartok’s ‘An Evening in the Village’. Two other living composers with whom we’ve had the pleasure of working closely, Aaron Parker and William Marsey, also form an integral part of the disc.

The recording, which also includes more beautiful music from Florence Price, Robert Schumann, Ivor Gurney and a traditional folk song, is out on 17th September 2021, on Orchid Classics. The full track list can be found at Orchid Classics and you can pre-order here!